Ability to render app to DOM before DOMContentLoaded

Which @angular/* package(s) are relevant/related to the feature request?

I'm working on adding a loading state to an app. Testing with throttling the network to 4g speeds, I noted that the angular app isn't rendering anything until DOMContentLoaded is fired. That event is fired after 3.58 seconds, but (according to screen shots captured in chrome inspector, and plain observation of page load) the page is visible before 1 second.

Circled in red is the first frame where the loading icon in visible. Note that content (loaded server side) is visible before that. Also note the large break in time between that screen shot and the screen shot prior. 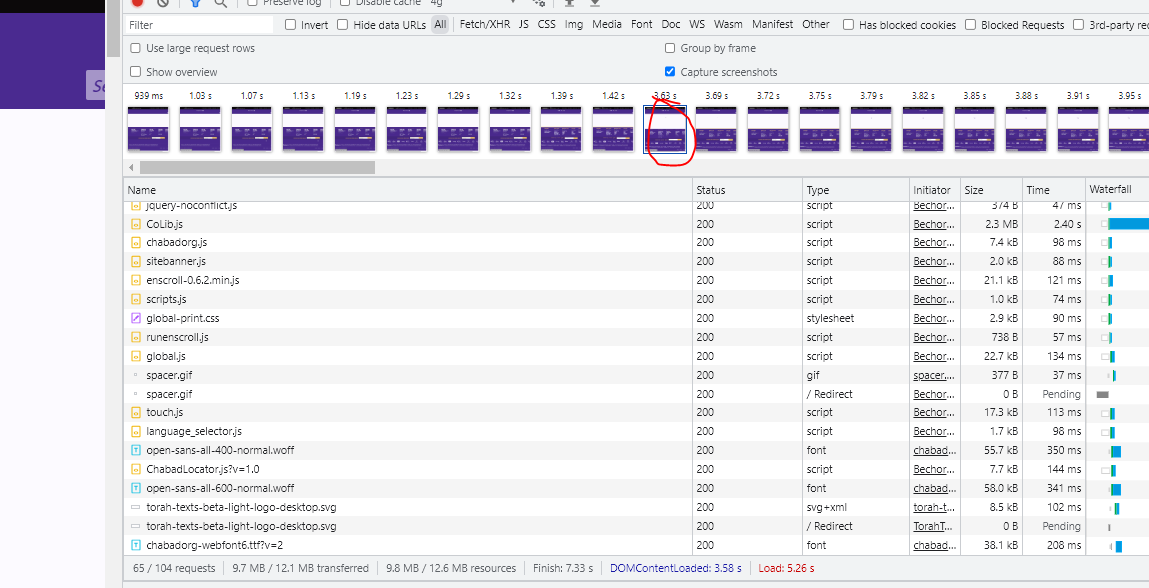 Expose a bootstrapping method which takes the root elem as an argument, and doesn't wait for domcontentloaded

I am a bit confused; AFAIK module bootstrap is only asynchronous to allow APP_INITIALIZERs to run; Angular's bootstrap logic doesn't otherwise wait for the DOMContentLoaded event.

Thank you for your quick response. So I guess the issue I'm seeing is not caused by angular. For some reason even the angular main.ts isn't running until further on in the page load, but I guess the cause is something on my end.
Back to the drawing board.