Which @angular/* package(s) are the source of the bug?

Is this a regression?

Please provide a link to a minimal reproduction of the bug

Please provide the exception or error you saw

Angular is working as expected here, although I can definitely understand the confusion.

The binding in the template uses a function call to create the Observable being subscribed to:

This function returns a new Observable every time it's called.

My suspicion is that firstValueFrom internally does a setTimeout or Promise.resolve or some other operation which schedules a new round of change detection. Thus the order of events is:

The problem here is the use of a function call in a binding which is not idempotent - a common anti-pattern in Angular. Most of the time this results in ExpressionChangedAfterItHasBeenChecked, but in this case the behavior of firstValueFrom seems to result in infinite change detection instead.

The solution is to only create the Observable once:

Binding to this Observable with the async pipe works as expected and doesn't result in infinite CD.

Before opening the Issue I checked the implementation of firstValueFrom:

And the only action they take is creating a new Promise which should in my Opinion not trigger a new change detection round. As the newly created Promise is a child Promise or microZoneTask.

The code in production was more similar to;
`
originSubject = new BehaviorSubject('I am the Origin');

And in the async await context I expect the Promises to behave like a then chain. Which should as I understand zone.js not trigger a global change detection if a new Promise is created in the Promise.then context.

Or are new Promise() polluting the global Promise handling as setTimeouts?

Promises always resolve in a new microtick, so lastValueFrom will not be able to produce its value in the same microtick and therefore a new change detection run is being scheduled once the promise eventually resolves.

But why is the firstValueFrom not part of the Parent Promise chain? The Promise chain should be resolved in the same tick as an immediate Context Que.

That StackBlitz does not behave like NodeJS; running in a StackBlitz webcontainer does show the expected outcome: 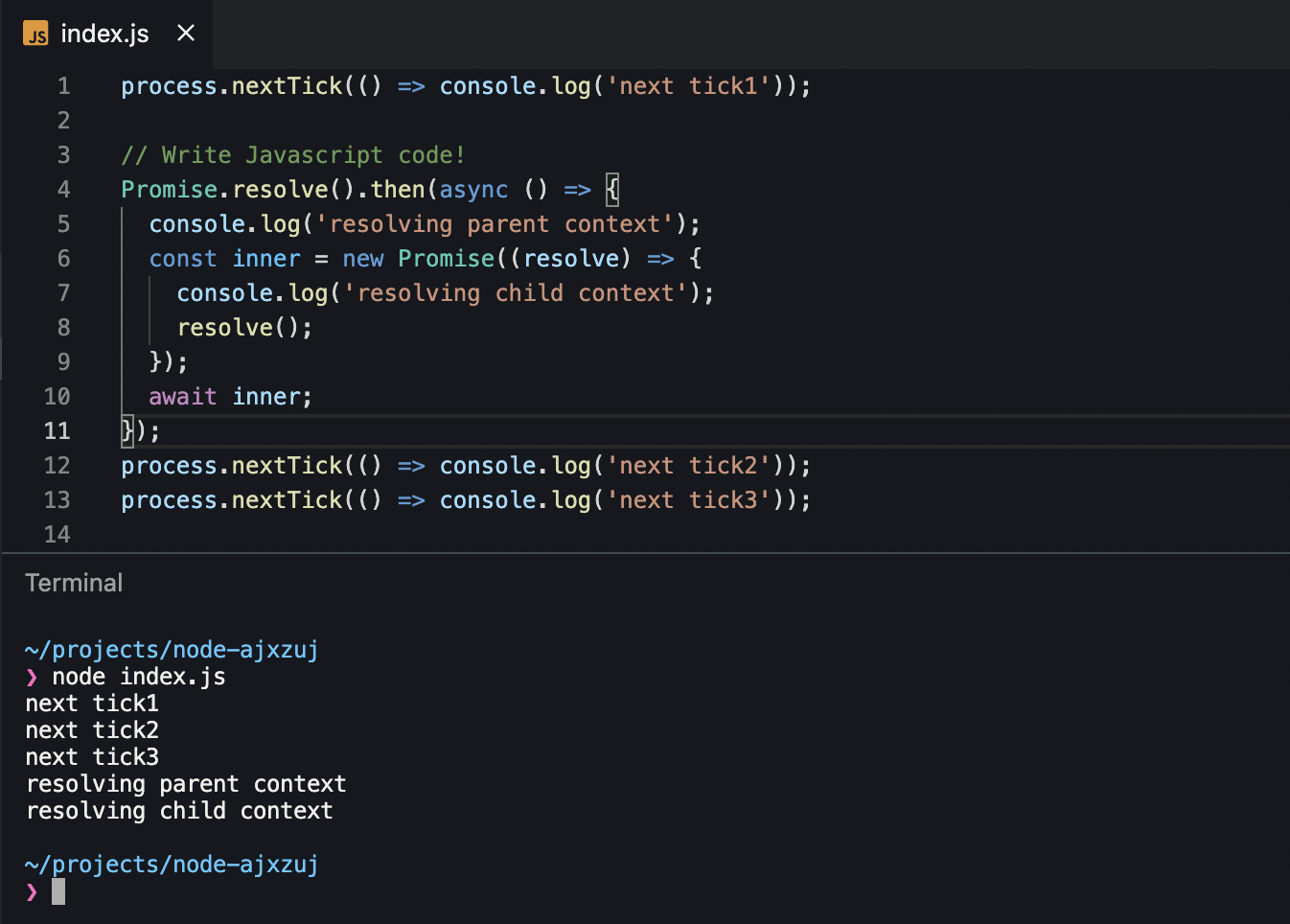 firstValueFrom is executed during a change detection cycle, but the resulting Promise will not resolve until the event loop has processed the accompanying microtick. Consequently, change detection has to rerun once the resolved becomes available, but that's only in a new microtick.

@JoostK thanks for the further explanation. I checked also with only using one promise and older zone.js. I forgot it was a common behaviour of zone.js with promises because it does no longer occur with observables.

Edit:
What I don't understand is how the changeDetection: ChangeDetectionStrategy.OnPush does not resolve the issue when the component should be only checked on new inputs.