Which @angular/* package(s) are the source of the bug?

Is this a regression?

When adding BrowserAnimationsModule to an application running within microfrontend architecture (created with module federation) the content of application initially gets duplicated instead of redirecting to a different url. Similar things happens to components like a datepicker - after changing between a couple of months, the days don't get removed and end up being piled up on top of each another ( picture enclosed below). 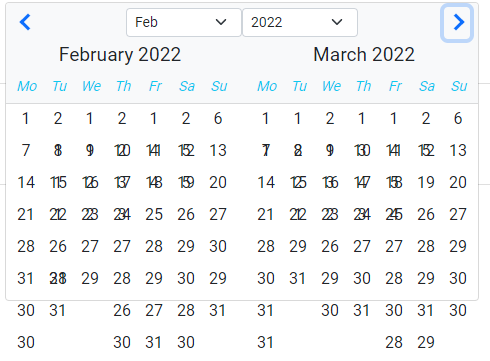 When removing the BrowserAnimationsModule these errors don't appear. When running as a standalone project - without the shell/host application these errors also don't appear.
The issue was previously reported here: #38968 but was closed as the issue was allegedly resolved in version13, however I have tested it both for version 13 and 14 without success.

I have tried adding angular animations as an eager singleton to webpack.config of shell and microfrontend application like so : "@angular/platform-browser/animations": { singleton: true, strictVersion: false, requiredVersion: 'auto', eager: true }, which was proposed here: https://stackoverflow.com/questions/67386392/angular-module-federation-browsermodule.

Please provide a link to a minimal reproduction of the bug

Please provide the exception or error you saw

Module Federation is not something that Angular provides out-of-the-box, so I'm afraid this is more of a support request than a bug report, and therefore more suitable for StackOverflow.

If you have additional pointers that this is a bug in Angular, please open a new issue with a minimal reproduction, as without a repro we won't be able to investigate.