[Bug]: The padding of PaperScroller's "scrollWhileDragging" is measuring incorrectly the position of the cursor

I was playing around with the scrollWhileDragging feature of the PaperScroller utility and I think the padding option is calculating incorrectly the position of the cursor.

Let's start with what this feature is supposed to do (according to the docs):

This means that if I drag an element around a very big canvas rendered inside a small viewport (paperscroller), the paperscroller will "scroll" to the direction in which I'm dragging the element in order to keep that element visible.

If I understand correctly, this means that, given the following scenario: 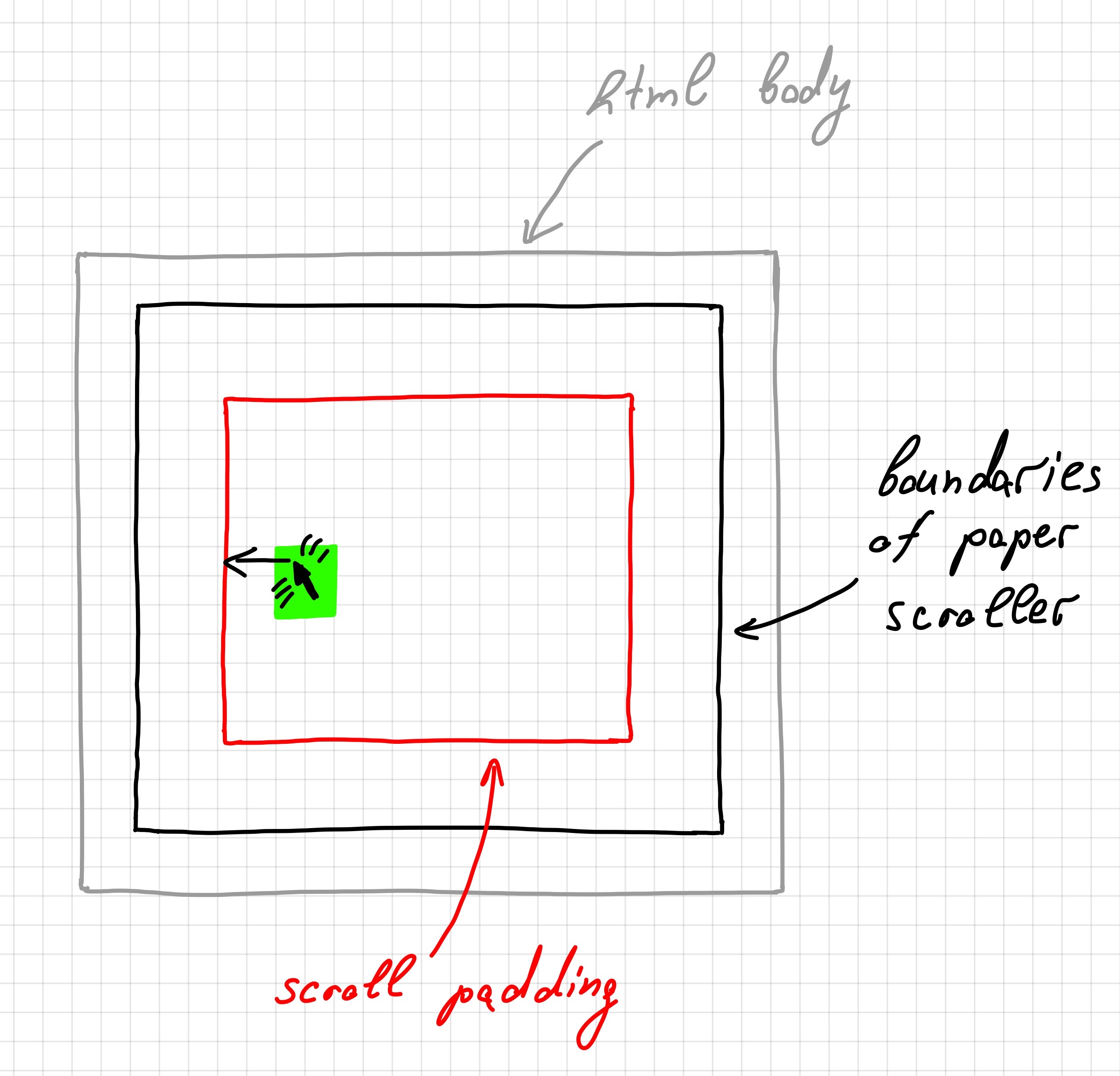 the paper scroller will start scrolling when the mouse gets outside of the red square (while dragging the green element).

If my understanding is correct, I think there is a bug in the padding calculation / cursor position.

Let's work on this other scenario: 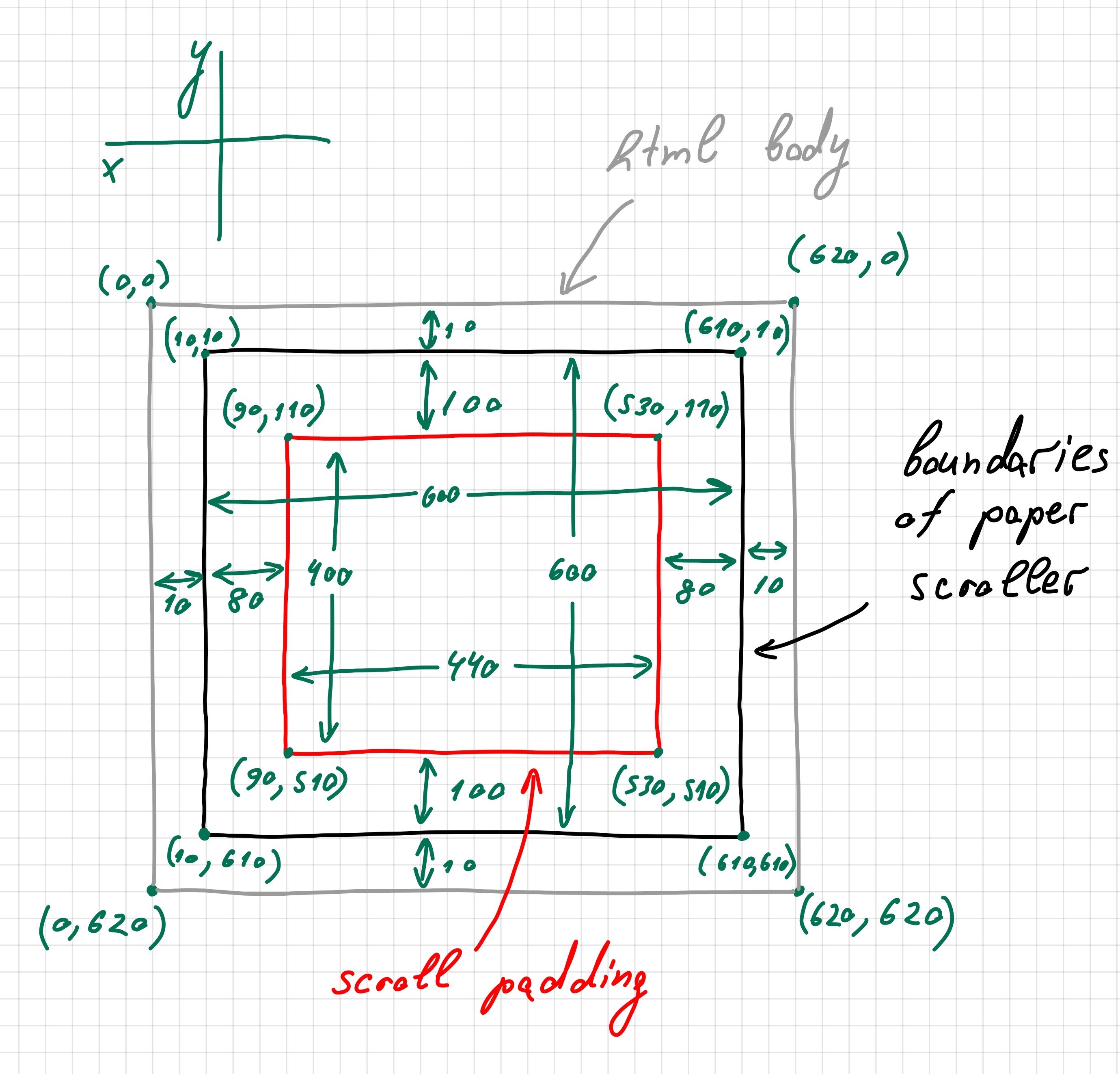 But this is not was happens if I recreate this scenario with actual code:

I made a POC in order to easily test this, but since it contains JointJS+'s code, I'm not sure if I'm allowed to paste here the link. Please provide me with instructions about how to send you the link to the POC.

What browsers are you seeing the problem on?

What operating system are you seeing the problem on?

Hi Alex, please send the code to [email protected]. We'll look into it.
Btw it's fine to publish code that uses JointJS+. You should only avoid posting JointJS+ library code itself.

I just sent the link!

I can confirm this was a bug and will be fixed in the next version of JointJS+. Thank you Alex.