Docker Installs on Ubuntu 21.10 aarch64 using apt repository, but is not supported. I am using a raspberry Pi 4 with Ubuntu Server. Hello World container does not run.

Steps to reproduce the behavior

I have been struggling with this issue for a while now and just today found the solution that works for me.

According to this site: https://www.mail-archive.com/[email protected]/msg5968593.html
The vent module was removed from the RPi version of Ubuntu Impish and put into a separate module extras installation. Not sure why that was, but installing this fixed my identical issue.

If it solves your issue and anyone else who sees this on the RPis, I would like to see Docker-CE add it as an official dependent package to the installation on ubuntu impish arm64 installs.

Thanks for your report, and thank you so much for that link, @jtursich !

Hmm.. so (from msg5968790); the veth kernel module was removed from the kernel, but only on the Raspberry-Pi versions of the Ubuntu kernel.

That's.. hm... ugly and also explains why we didn't catch this in our automated tests for Ubuntu on arm64 (as they do not run on a raspberry pi).

Not sure how we can solve this in our packaging. Readon that e-mail thread a bit more, they seem to confirm that (see msg596886);

Why has the docker.io package not added a dependency on the modules-extra
package? It clearly does not work without this package on raspi.
While it's possible to add per-architecture dependencies to debs (e.g.
Depends: linux-modules-extra-raspi[armhf arm64]), that's not specific
enough for this case. It'd be incorrect for Docker operating on an AWS
arm64 instance, for example.

The problem is indeed that (AFAIK) there's no way to describe this dependency granular enough in the deb packages to make it a "conditional" requirement only for this specific flavor of their kernel. I don't even think a "dummy" linux-modules-extra-raspi package that would be empty "on other kernels" would be possible (but perhaps there is with some magic checks at install time of the package?); in either case, that's likely something that only Ubuntu / Canonical is able to fix.

I think the only option (currently) is to;

Also, to confirm; the installation proceeds "successfully", but after installation, docker fails with an error message similar to what's mentioned in https://www.mail-archive.com/[email protected]/msg5969141.html, correct?

Perhaps it's useful to mention that specific error in the release notes and/or install docs as well.

FYI, @samuelkarp - in case you're hitting something like this with your packages.

Hi, maybe it's useful, but I've just found a fix/workaround for ARM64 on RPI 4 8GB 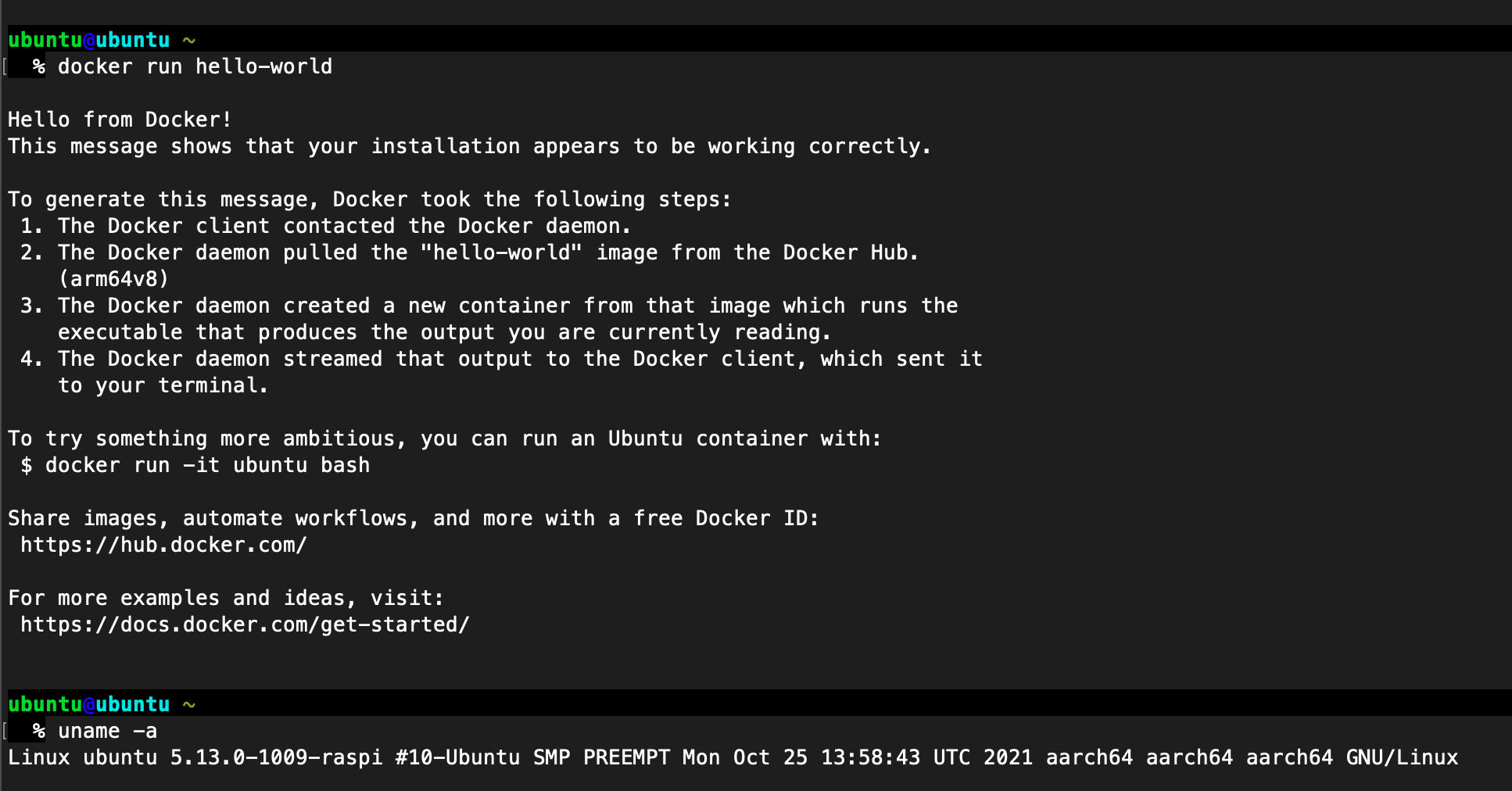